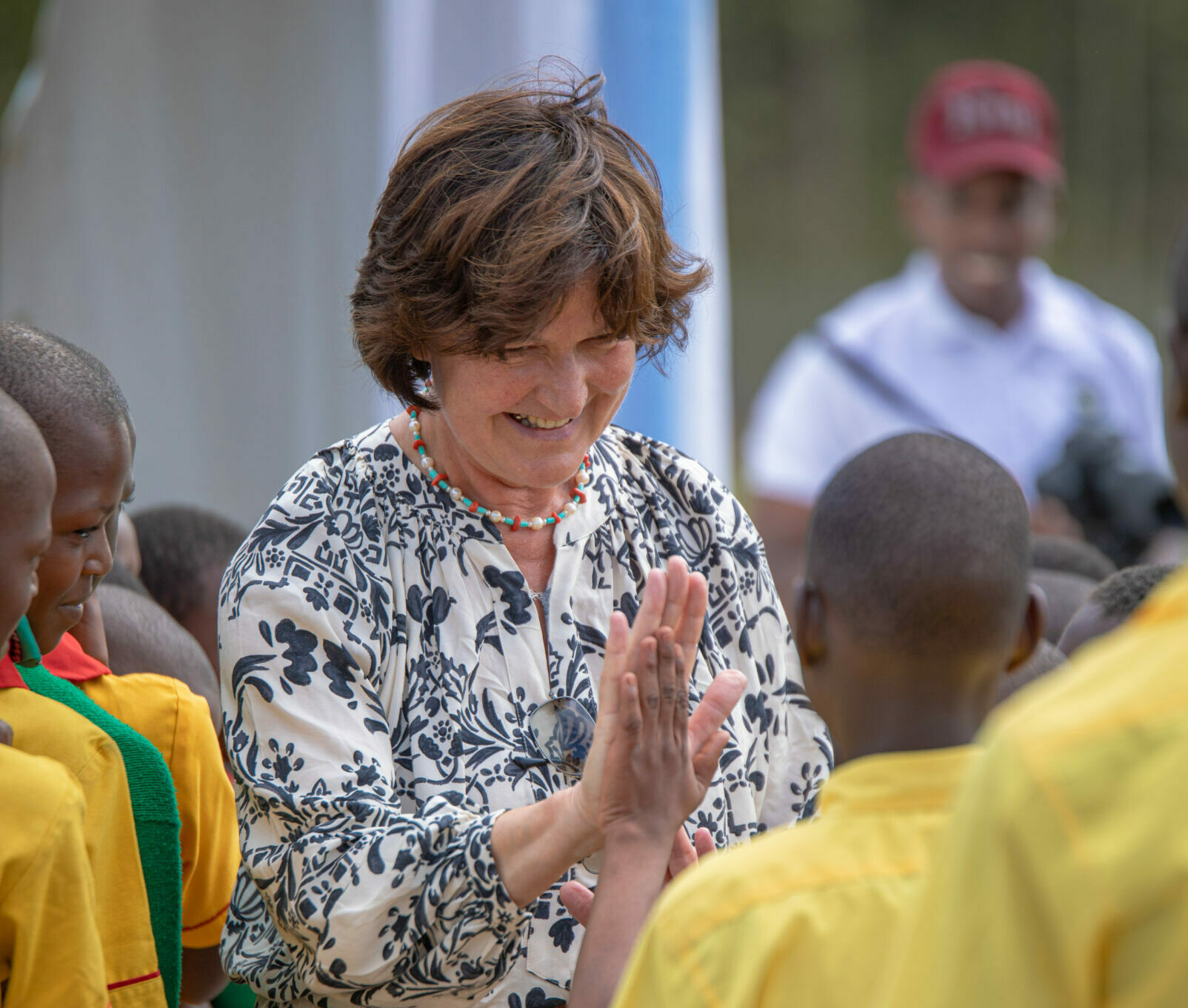 The concrete school project in Uganda:
At the end of June, I was in Uganda together with Councilor Dr Kath and my sister Gerburgis, where we solemnly inaugurated the school. This is the school project for which many citizens of Baden-Baden have donated in the past years. I had chosen a school project in Uganda in the poor region of Mityana as a result of the refugee crisis of 2015. The region is located about 75 km west of the capital Kampala and has an area of ​​263 square kilometers, about the size of Dortmund . The region has about 100,000 inhabitants and is considered fertile but poor. Jobs are scarce, many people work as day laborers or live from the yields of a small piece of land. There is a public school there (School Open Heart), but it is bursting at the seams.

The local organizer is the German entrepreneur Thomas Bleile from Munich (www.pmco-uganda.org). Together with his wife Michaela and a small team of Germans and Ugandans, he has purchased a wonderful piece of land of 16,000 sqm at an altitude of 1,500 m under the name PMCO "Passion Ministry Christian School" 2021, made it ready for building and has now built a primary school with four classes. The ground-breaking ceremony was
The ground-breaking ceremony was in January 2021, the official inauguration was celebrated together at the end of June 2022. Around 50,000 =ê have been invested in the project so far. Besides the school building with bright and friendly classrooms with blue school desks, there is a small toilet building for pupils and teachers, a well system for fresh water and a beautiful children's playground. The children in Uganda do not know anything like this, because there are no playgrounds there. So at the inauguration, the children did not know how to move a swing. They sat on the swings and let their legs hang until we showed them how to move a swing to great heights - and, of course, have great fun doing it.

School operations can start regularly as soon as the canteen building with the kitchen is also ready. This is to be realized in an existing, former stable building. The school runs from 8:00 am to about 5:00 pm, so the children should have breakfast and a meal at noon. Breakfast is often just porridge, which would certainly not fill our children up. But it means regular meals during the day, and that is not at all a matter of course in this region. We have seen the happy laughter of the children who do not have to worry about the next meal. And we have also seen the families of the children who live from hand to mouth and cannot afford extra expenses such as school uniforms or learning materials.

Financial support is also needed to keep the public school running. The school relies on sponsors for the students, as the teachers are not paid by the state, but have to be paid by the private school. There are additional costs for living expenses, school materials, school uniforms and meals with breakfast and lunch. As soon as the school is also run as a boarding school, the children live in their own dormitories on the school grounds. Finally, regular medical examinations and monitoring are required, which are covered by health insurance. All in all, a full sponsorship for a child costs 65 ê/month. But even smaller sponsorship donations help the children.

The new school already has 75 sponsored children. However, the school could easily take care of 300 pupils. There are also plans to build a continuation of the school on the large site, a secondary school for further education. For now, however, the aim is to generate 15,000 Euros for the kitchen and 17,000 Euros for the dining hall.

Why build a school in Uganda now?
In theory, school attendance is compulsory for "primary school" in Uganda, but many children and young people are in fact unable to attend school. Thus, exemptions from school fees have been enforced in recent years. However, the majority of teachers are not adequately trained and are poorly and irregularly paid (average monthly salary $50-80/month).

Money for school materials is not available, and thus there are often neither school books nor exercise books and pencils. In addition, many families cannot afford the cost of the compulsory school uniform. The illiteracy rate is 29%. The enrollment rate for secondary school is only 15%, and only a vanishing minority reaches the top of the education system and can go to university.

Uganda had taken a hard line during the Corona pandemic. Schools were closed for two years and reopened first in early 2022. Many teachers looked for other jobs, so the schools could hardly start operating again. The individual school classes comprise 50-100 pupils and the schools are often in very poor condition, the equipment is desolate.

The school system is divided into the "Nursery" (kindergarten 3-6 years), which in fact does not exist in rural and poorer areas. The Primary School is the primary school from grade 1 – 7, and the school year is divided into 3 sections of 3 months (term) each, interrupted by holidays. In this time, the children return to be with their families. The distances to school are often too far for the children to walk to school every day. Secondary school lasts 6 years from 13-19 years and is generally fee-paying.

Because of the long distances to school, there are boarding schools, which are more or less boarding schools. The students live in the schools, separated by gender, have only large common dormitories with simple 3-storey metal beds, cramped together. Students can store their belongings and laundry in a metal box that sits on the top of the bed. The children wash their school uniforms themselves, there is no privacy. For this type of school
This type of school requires school fees that a normal family cannot afford. The journeys to school are made on foot, often through rough terrain or simply along unpaved roads.

The average income in Uganda is $500/year. School fees for one term (3 months) are often as high as $500/term, sometimes even $2,500/term, ie for 3 months. From this it is easy to see that schools are a luxury. A friend recently told me: "Africa is the forgotten continent". But we must not forget Africa, because in the coming years and decades it will be the continent with the most inhabitants on our planet.
most inhabitants of our planet.

10 countries in Africa have more than half of all newborn humans, among them Uganda and Kenya. Incidentally, among anthropologists, Uganda is considered the "cradle of humankind".
Uganda has 45.7 million inhabitants and 241,000 square kilometers, which is about 68 % of the size of Germany (357 square kilometers). It is a landlocked country in East Africa and borders Lake Victoria. The average age is 15.7 years compared to 47.8 years in Germany. Half of the population is under 14 years old. Almost 85% of Ugandans belong to the Christian faith, 12% are Muslim.
Uganda was a British colony or protectorate from 1896 to 1962, when it became independent. The first head of state after independence was the dictator Milton Obote, who was succeeded by Idi Amin in 1971. Under his dictatorship until 1979, he had up to 300,000 people murdered. During his era, an estimated 60,000 Asians, especially Indians, also had to leave the country, which made the economic situation much worse, as Indians ran the businesses and the economy, especially in the cities. Intellectuals left the country for fear of arbitrary punishment. After Amin's dictatorship, he was again succeeded by Milton
Obote until 1986.
Uganda is a presidential republic. The political system has been led by the head of government, Yowerie Museveni (76 years old), for 34 years. He has ruled since 1986, is considered a moderate president and is elected until 2026. He is supported by the "National Resistance Movement NRM-C.

After our visit to the Mityana region, after meeting the poor families in their simplest huts, after looking into the eyes of the many children who hope for a better future, I sincerely ask for support for the school in Mityana for the construction of the canteen . Above all, however, school sponsorships for further children will help. More info at: https://pmco-uganda.org/faq/ 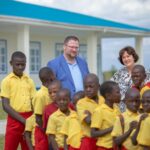 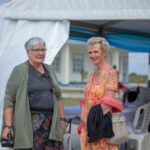 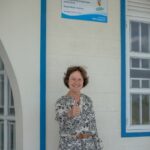 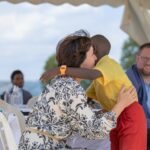 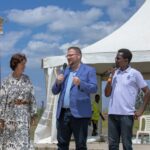 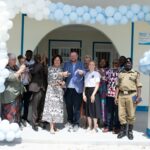 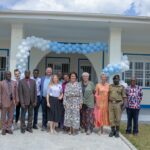 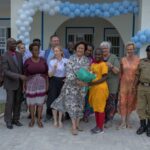 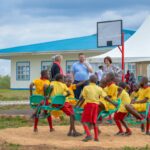 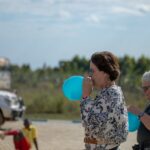 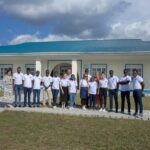 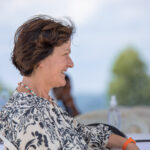 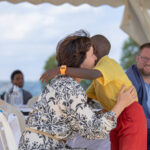 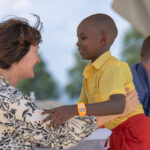 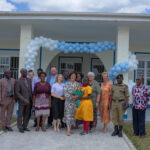 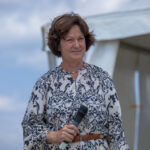 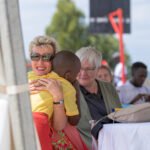 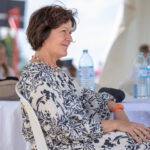 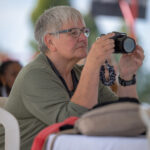 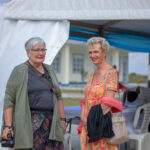 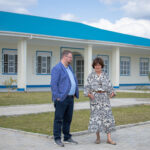 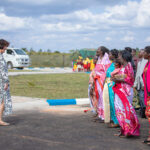 Please include your address for donation receipt

Español
Manage cookie consent
We use cookies to personalize content and ads, to provide social media features and to analyze traffic to our website. We also share information about your use of our website with our social media, advertising and analytics partners. Our partners may combine this information with other data that you have provided to them or that they have collected as part of your use of the Services.
Manage options Manage services Manage providers Read more about these purposes
custom
{title} {title} {title}
Write us a Whatsapp message